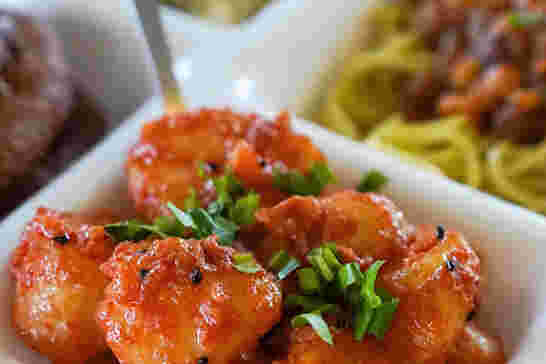 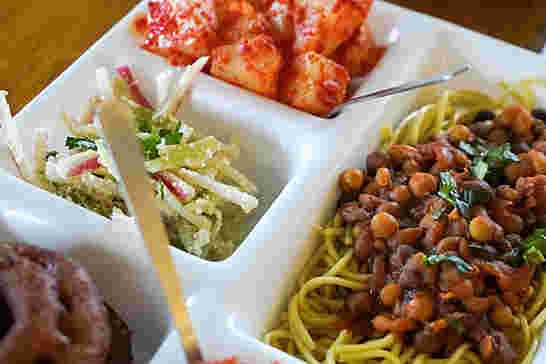 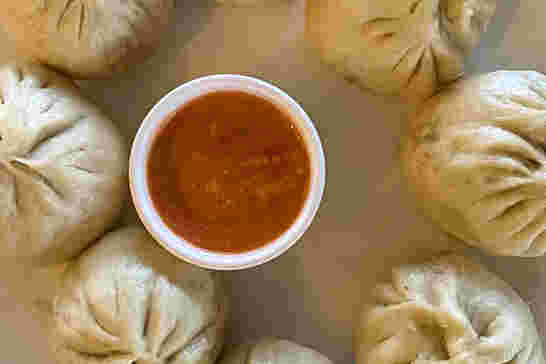 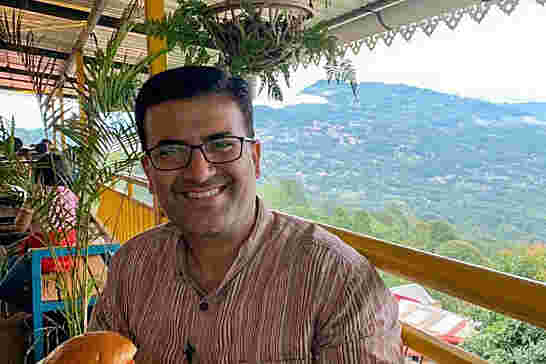 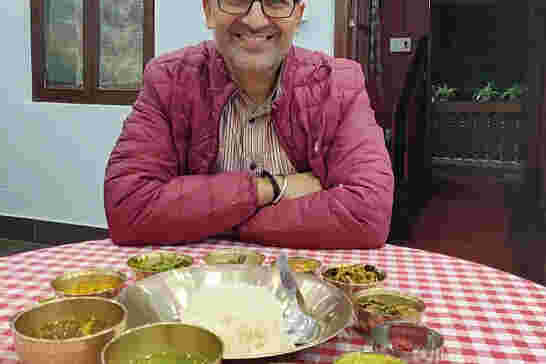 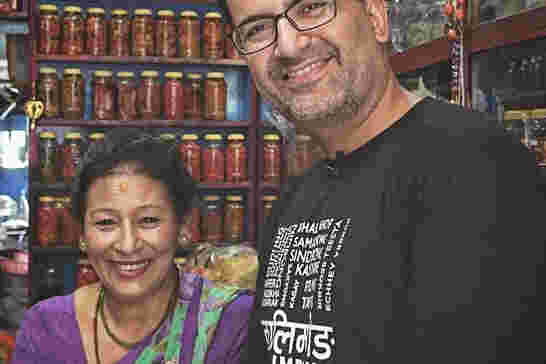 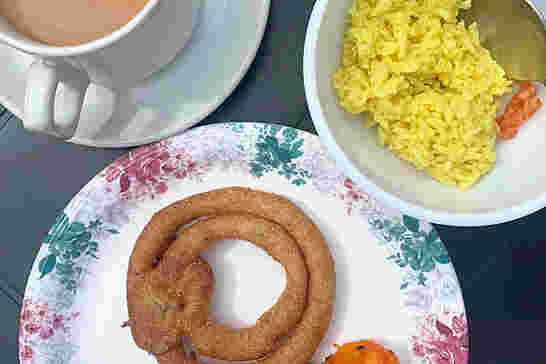 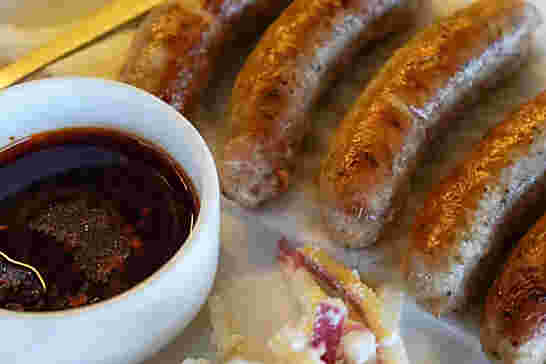 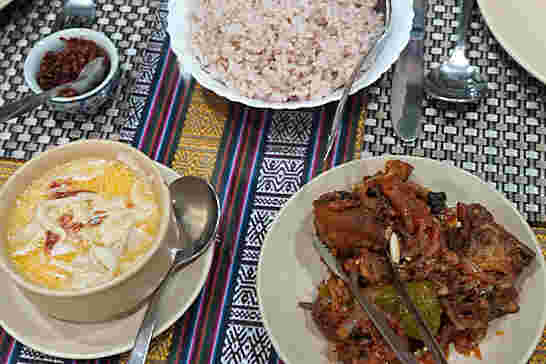 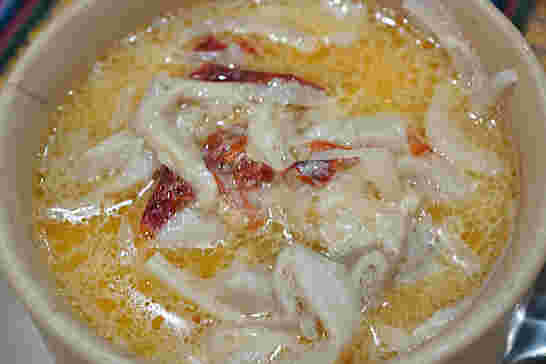 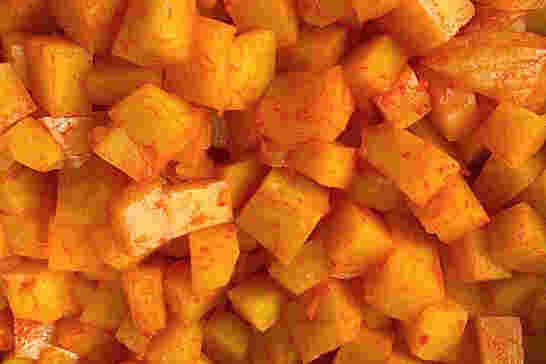 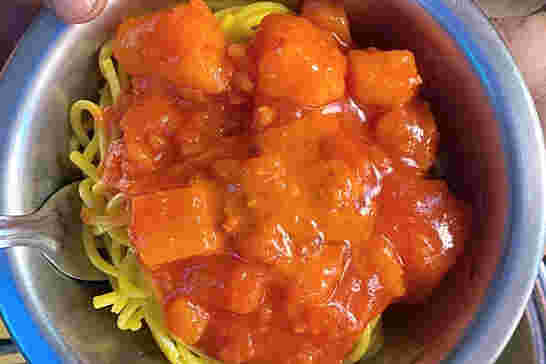 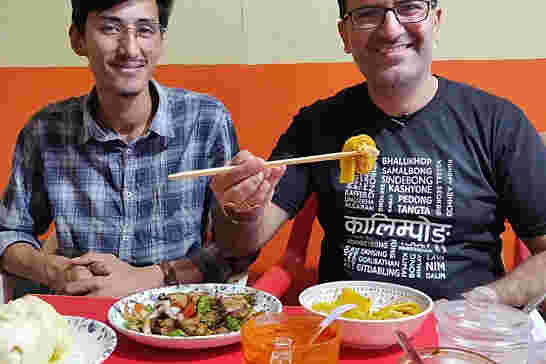 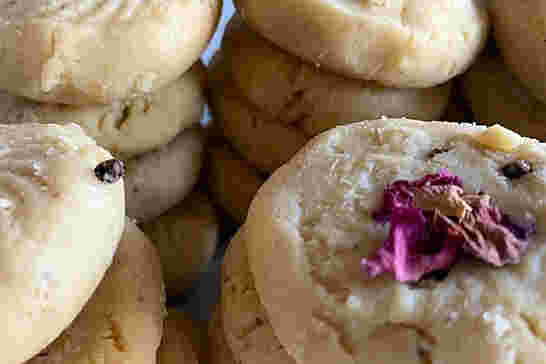 Located in the state of West Bengal, Kalimpong is a dreamy hill station known for the beauty related to the views of the Teesta valley, the Shivalik ranges, old Buddhist monasteries, old markets and so on. Let's check iit some popular eateries over here.

It is a beautiful cafe whose open sitting area offers a magnificent view of the pristine hills and the city faraway. This eatery is renowned not only for its food but also for being a space to promote the rich history and unique culture of Kalimpong and the stories of its beautiful people. It is the best place for people with a creative soul. Here we tried some local street food special dishes from their eclectic menu. This included classics like momo, phambi, thukpa with matar, aalu dum and laphing. We also polished off a brilliant pulled pork burger. Anyone willing to try Kalimpong's street food without facing the chaos in the streets can come here.

It is a famous Tibetan restaurant run by a hardworking lady. The interiors resembled a cozy Tibetan household. We had ordered a Wai Wai laphing, tingmo and some pork chilli. The former was a fun thing to try because of the contrasting textures of the soya mince and the fried instant noodles. Tingmo was pillowy soft and went well with the spicy pork chilli.

It is a small cart run by a young fellow where you will find many fried snacks like pakoda, aalu chop, sa phaley etc. We opted for the chicken sha phaley which was somewhat close to a minced meat paratha. The filling was spicy and juicy.

Next stop was Tara Phambi stall that is run by two genial ladies. Phambi is the most quintessential street food of Kalimpong that is prepared from mung beans through a slightly complex process. They are silky smooth jelly like savoury chunks tossed in a chilli based sauce. This was followed by a zesty plate of aalu thukpa which is noodles topped with aalu dum. This too is a favourite dish of many.

Near Darjeeling-Kalimpong Motor Syndicate Tenzing restaurant is an old eatery serving affordable traditional dishes to the locals like thukpa, noodles etc. We had a big sized steamed pork momo with soup. Just like a quintessential Kalimpong style momo this too had a bready outer covering. The shredded pork meat stuffing was mildly spicy and juicy.

This too is an old and famous joint where you get thukpa and momo. We had intended to try chicken or pork thukpa over here but since these were all finished for the day, we didn't try anything else.

Managed by a charming lady, Renu Pradhan, this shop is all about hand made pickles and snacks. The pickle bottles placed on the racks on the wall makes for an interesting sight. If you are fond of these treats then the smell and the sight of these pickle bottles and snacks will surely make you salivate. We had tried some amazing sel roti with mixed pickle, some bataray-a braid shaped fried snack, corn chips mixture and dung mithai.

Come winters and you have this small makeshift stall opposite Kalimpong Police Station serving nariyal mithai and badam mithai. The former is a coconut based sweet and the latter is a peanut jaggery brittle. The interesting part of the peanut brittle is the inner skin of the peanuts are intact which lents a distinct taste to this sweet confection.

It is a native enterprise revolving around fresh dairy products like cheese, paneer etc. When we had visited them, they were about to launch the production of Kalimpong cheese. This native cheese is very similar to a Swiss cheese and is used in various dishes.

It is another quintessential street food of Kalimpong that represents its composite culture. Kahar pachar is a medley of Kalimpong's major food items like thukpa, aalu dum, kalo chana etc. We loved the interplay of taste and textures of its different elements.

Kalimpong lollipop is a soft and rich artisanal sweet made of milk and sugar. This iconic sweet was introduced by a Jesuit priest. But because of the tough competition from the fancier sweets and confectioneries, this one has lost its charm. Now a handful of enterprises as it entails a very laborious process. One of them is the Dahal's Cottage Industry who makes it in small batches. Made of a standard ratio milk and sugar, this caramel-like toffee is a labour of love.

This sweet shop dates back to the post Independence era and hence bears fascinating memories from the past. During those times and even now it served as a daily hangout place for youths and old who gathered to relax or have a conversation over tea and sweets. We loved the tea over here.

Nestled in a scenic location with the Himalayas in the backdrop, it is one of the best restaurants in Kalimpong that serves authentic Bhutanese cuisine. We had tried two traditional curries named Jatsha Pa (Spicy chicken dish) and Shamu Datshi (mushroom and cheese based stew) with Itshum (Bhutanese red rice). This was followed by suja or salty butter tea and zao which is a crunchy puffed rice based sweet snack. Most of the ingredients are sourced from Bhutan so that flavours remains the same as it is over there.

Lastly if you are travelling to Darjeeling from Kalimpong then do make a pit stop at the town of Lopchu to taste the famous peda from here.