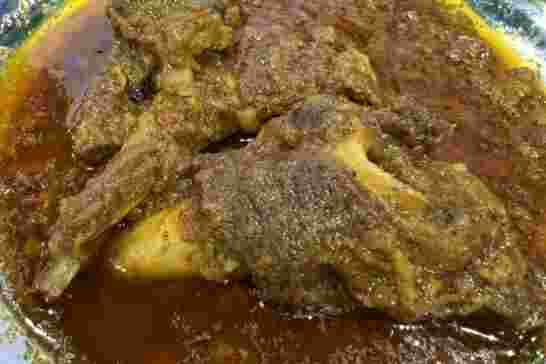 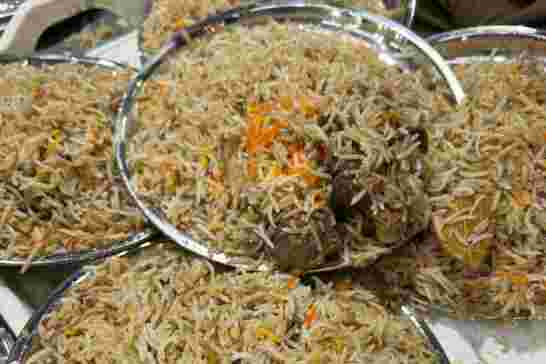 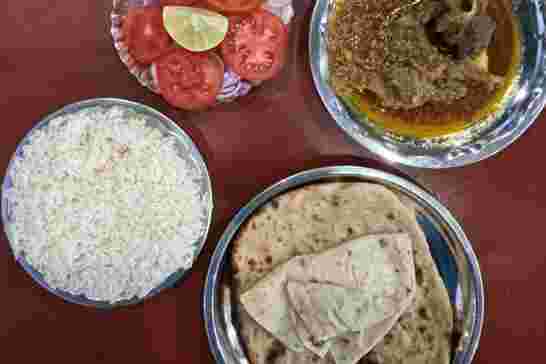 Kanpur’s non veg scene has a very unique flavour in it and is pretty diverse too. Our search for some popular dishes and places rewarded us with some gratifying memories. Let’s take you through the list of places that we visited.

Their keema meat is one of the most recommended non veg dishes in the city. It is a unique dish made of minced mutton and other prime cuts, that are cooked ina a rich and aromatic onion, garlic, tomato, curd and a plenty of spices based curry . The family who runs the eatery ensures that they source the best quality meat and that's why the taste is simply phenomenal.

We started with a greasy and fragrant chicken biryani from Bhallu Biryani at the busy Ajmeri Chauraha. The taste was pretty decent but we liked their chicken malai tikka more than the biryani. The perfectly grilled chicken dunked in a butter and cream based sauce was simply divine.

From there we reached the New Ajmeri Hotel which was just a few steps away. This is a legendary restaurant with a grand facade. The front counter was filled with bronze vessels neatly placed near each other containing all the amazing dishes from their menu. We opted for their famous mutton stew. Cooked with plenty of whole spices, the former one was simply phenomenal.

Next stop was Bhai Faiyaz Caterers. After witnessing the incredibly speedy tandoori roti making action outside the shop, we went on to try their signature dish called murge ka kadav korma. As the name suggests it is an aromatic chicken gravy in which the masala has been thoroughly cooked in a kadai for a long time. The meat was tender and succulent while the bright red gravy was intensely flavourful. Here we met a subscriber who led us to one of his favourite places.

So our next stop was Mamu Chicken Biryani and Burra restaurant in Chamanganj. On reaching there, our attention got drawn to their elaborate and pocket friendly menu. But we were excited to try their kaleji burger which was a favourite of our subscriber friend. The liver stuffed burger was an acquired taste for us because the piquant taste of the liver didn't gel well with that of the soft bun. But we were happy to try something new.

headed to Al Huda for Ulta tawa paratha and keema kabab. The kebab here was not the one we are familiar with. It is basically a ghee and spice laden minced meat dish. This combination hit the right spot.

The seventh stop was Makhan Singh Biryani shop. This is a nondescript place that serves 3-4 dishes which includes mutton and egg rice. Although they use the term biryani but these are not biryani in the true sense. The egg rice that we had tried was basically cooked rice tossed with scrambled eggs on a huge griddle. It wasn't extraordinary but locals like it.

This place started as a meat shop but eventually got transformed into a non veg restaurant. They offer a wide range of chicken and egg dishes. Our order included chicken tikka rice (grilled chicken fried rice), kesariya chicken (saffron marinade based grilled chicken) and shammi kebab (pan fried chicken-lentil patty). With perfectly cooked meat and the right balance of spices, all of them turned out to be super delicious.

This popular Shawarma place has an elaborate shawarma menu. We went for the tandoori chicken shawarma. It was generously stuffed with a moist grilled chicken, onion, tandoori sauce and spices based mixture. The balance between the ingredients made it a great shawarma.